“I had my first cabinet meeting this morning and we’ve got a lot to do,” Nadine Woodward said Thursday in an interview with 920 News Now radio.

Woodward said the weeks since her election have been productive…

“During my campaign my number one promise, my priority and the first thing I wanted to do was to get a police precinct back located into the core of downtown.”

Mayor Woodward said during the transition period, her team was able to get that plan started with the police department and the Downtown Spokane Partnership.

Woodward said they toured “a number of possible locations” and even decided on one. “Right now we’re working with the property manager and the police department to see if we can retrofit it to the needs of our officers.”

Woodward said she did not have anything official to announce about the precinct location “quite yet,” but would be working to very hard to get plans finalized as soon as possible.

ES Analysis: Whether or not you voted for her in last year’s election, it’s good to see new Spokane Mayor Nadine Woodward move forward on the plans she ran on. Woodward is hitting the ground running, with the downtown precinct location being one of her top goals it appears this year.

Homelessness was another topic Woodward campaigned on, and so far she has said she wants to form a task force on housing and homelessness, then she will move on to economic development. We hope to see topics related to housing and homelessness move out of the ‘task force’ discussion area soon – it seems as though Spokane has talked about the homeless issue enough and now needs to come up with some solutions.

Summary: The owner of several Thai Bamboo restaurants in the Spokane area has filed a building permit with the city for another location on the South Hill.

Owner Tom Burgess filed a permit Thursday to build a more than 7,400-square-foot restaurant with a patio at 2215 E. 29th Ave.

ES Analysis: There’s no opening date for this location yet, but it’s always good to see a Spokane business (and particularly a restaurant) expanding. Thai Bamboo has three restaurants in Spokane and one in Coeur d’Alene.

This comes on the heels of the announcement that The Scoop will replace Brain Freeze in Kendall Yards. We’ve been looking forward to The Scoop’s expansion (it will now be closer to where we live!) and while it’s never positive to see businesses (Brain Freeze) go out of business, it’s a good sign that The Scoop wants to take over that location. The Scoop anticipates opening on March 1.

Summary: For just the second time in decades, Spokane did not have a First Night event on New Year’s Eve.

Instead, the city’s parks department operated a much more pared-down celebration. The skate ribbon, SkyRide, carousel, and lit pavilion were open late, and at 9 p.m. fireworks shot off around the clock tower in Riverfront Park…

So what happened to the 12 minutes?

The fireworks provider, essentially, launched the shells at a faster rate than expected.

Viewers still got to see all the fireworks they were supposed to, but they were condensed into a shorter, more intense show.

Some folks might have preferred that intensity, though a few were still disappointed by the length.

ES Analysis: Did you go see the fireworks in downtown Spokane this year? Attendance skyrocketed this year, from last year’s 1,200 to 8,000 to ring in 2020! We’re very glad to see New Year’s Eve events in Spokane getting more traction – when First Night went away a few years ago, we worried that downtown could suffer particularly during New Year’s Eve.

Not so anymore! It looks like numbers are way up (although it helps that it was relatively warm during NYE 2019) and are only going to continue to grow. According to the city, they will consider adding live music and food vendors to ring in 2021. We’ll keep you posted!

And the Bulldogs have never had a recruit commit on national television. Josh Perkins made his commitment in August 2013 on a Denver television station.

That changed Friday night when Suggs announced his commitment to Gonzaga, removing his jacket to reveal a ‘Zag Up’ shirt on ESPN2.

ES Analysis: As a Zag grad, I’m extremely excited about this news! We’ve had some terrific recruits over the years, but this is the Zags highest ranked recruit in program history. It’s a pretty big deal!

Right now, this isn’t a done deal – Suggs has said he’s considering playing professionally overseas. However, according to The Spokesman-Review, Gonzaga is also courting other high-ranked recruits as well, so we could have even more good news for the Zags throughout 2020.

The only thing we hope doesn’t happen is, if Suggs does commit and join the Zags, that he doesn’t become and ‘one-and-done’ player. We’d like to see Mark Few continue to develop Zag talent at least for two years – and hey, maybe win a championship?!

Readers, what do you think of this week’s news round up? Discuss it with us on our Facebook page here! 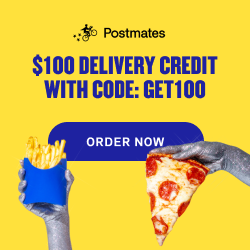 Happy Cinco de Mayo, Spokane! How do you plan to c
Flowers just a beautiful as the moms in your life.
This week is very fun because we have Taco Tuesday
What better way to spoil the moms in your life tha
Live music every Thursday and Sunday evening from
North Monroe is such a fun district! One of the be
⭐️GIVEAWAY⭐️ for the ULTIMATE MOTHER’S D
X